The Miss Earth Vietnam 2021 pageant will be organised at the end of this year following the Miss Earth format, according to organisers. The press conference to announce the pageant, which will be held for the first time in Vietnam later this year, was held on April 28 with the attendance of many beauty queens which had represented Vietnam at the previous Miss Earth competitions.

Online registration for the competition will start from May. The semi-final round will be held in November and the final night is scheduled on December 4 at the Cu Lan Village in Lac Duong District in the Central Highlands province of Lam Dong.

Head of the Miss Earth Vietnam 2021 organising board, Phuc Nguyen, said that the choice of the Cu Lan Village which lies 40 kilometres from Dalat City for the final night will be a challenge for them but this would conform with the competition’s guiding principle of environment protection.

The village with forest coverage of 85 percent has convinced us,” he said. 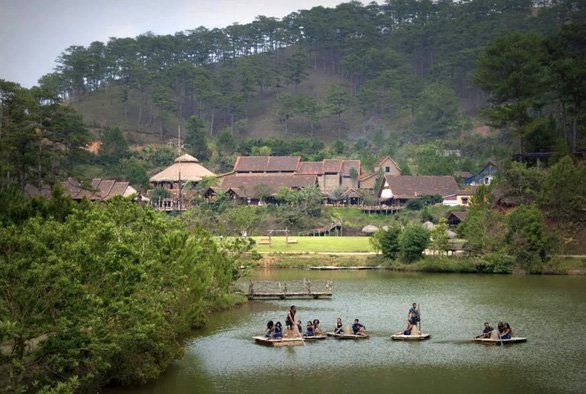 A corner of the Cu Lan Village

Miss Earth Vietnam to be held for first time have 303 words, post on dtinews.vn at April 29, 2021. This is cached page on Talk Vietnam. If you want remove this page, please contact us.