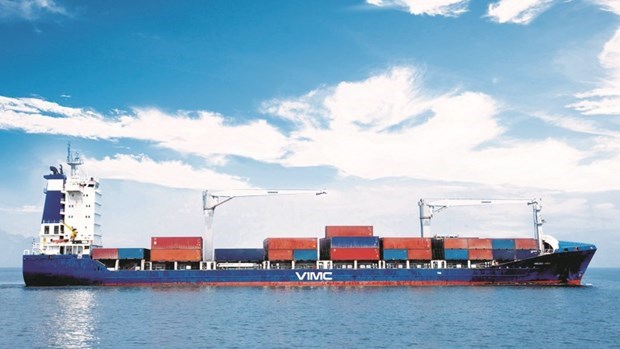 Hanoi (VNA) – Despite numerous difficulties caused by a downturn in the sea transport industry and the impact of the COVID-19 pandemic, after changing its operational model, the Vietnam Maritime Corporation – JSC (VIMC) has been gradually expanding its reach to the "big sea" to develop sustainably.

Speaking at the annual shareholders' meeting on April 22, VIMC General Director Nguyen Canh Tinh said since the corporation began operating as a joint stock company on August 18, 2020, the parent company has earned 653.1 billion VND (over 28 million USD) in revenue, 3 percent higher than the set target.

It still suffered from a loss of nearly 1.12 trillion VND, but thanks to the VIMC owner accounting for more than 79 percent of the total capital and old problems settled almost thoroughly, the long-term financial situation of the parent company is "relatively healthy", he said.

The VIMC is taking the lead in Vietnam's sea transport sector as it holds the majority stake in 16 seaport enterprises and operates more than 13,000 metres of wharves (equivalent to nearly 25 percent of the total length of wharves nationwide) able to handle more than 150 million tonnes of cargo (over 20 percent of the total cargo clearance capacity in the country), including such key ports as Hai Phong, Sai Gon, Da Nang, Quy Nhon, and the Cai Mep – Thi Vai complex of container terminals.

It also boasts a fleet of cargo vessels working around the globe and logistics services companies with large warehouse systems.

Tinh acknowledged that disruptions to supply chains as a result of the COVID-19 pandemic have taken a heavy toll on the sea transport industry of Vietnam. Shipping and logistics service businesses have been facing a scarcity of orders for delivery, fierce competition, and very low freight prices.

Facing the pandemic, seaport companies have also moved to change their operational methods.

The VIMC has restructured its governance, minimised costs, increased IT application, proactively learned about demands to expand its reach to new markets, made suitable personnel arrangements to cope with the pandemic, and brought into play the coordinating role of the parent firm, the executive noted.

Although the VIMC's sea transport segment posted nearly 684 billion VND in losses in 2020, that the firm has managed to sustain the operation of its fleet and crew members is a "very big" success amid the pandemic, Tinh went on, adding that its employees have had their jobs kept stable and income improved. 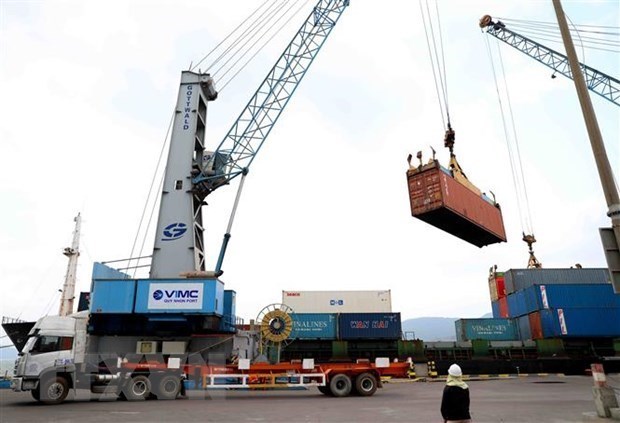 In 2021, the world's sea transport sector is forecast to continue encountering many difficulties and challenges.

The industry has yet to emerge from a deep recession that has lasted for more than 10 years and now continues to bear the brunt of the COVID-19 pandemic, which has almost frozen trading and travel activities around the world.

The three business pillars of the VIMC, namely seaport, sea transport, and maritime services, will still face challenges in the years to come, Tinh said but affirmed that the transformation into a joint stock company was an important step helping the corporation gain more resources to reform its governance, apply IT and digital transformation to operation, make innovations, improve service quality, and enhance its competitiveness so as to achieve sustainable development.

It will also carry out the projects serving as prerequisites for development from now to 2025 such as those on Terminals 4 and 5 of Lach Huyen Port, upgrading and expanding Quy Nhon Port, developing large and modern container ships, and equipping its affiliates with a modern IT system to boost digital transformation in all of its business segments.

The VIMC said it will keep restructuring and developing resources to improve its competitiveness so that by 2025, it will become the leading supplier of all-in logistics chain services in Vietnam and by 2030, a major enterprise in the region and have its competitiveness comparable to international rivals.

The firm will maximise the role of the seaport segment to turn this into the main driving force of its breakthrough growth, Tinh added./.

Maritime corporation strives to survive pandemic have 901 words, post on en.vietnamplus.vn at April 23, 2021. This is cached page on Talk Vietnam. If you want remove this page, please contact us.