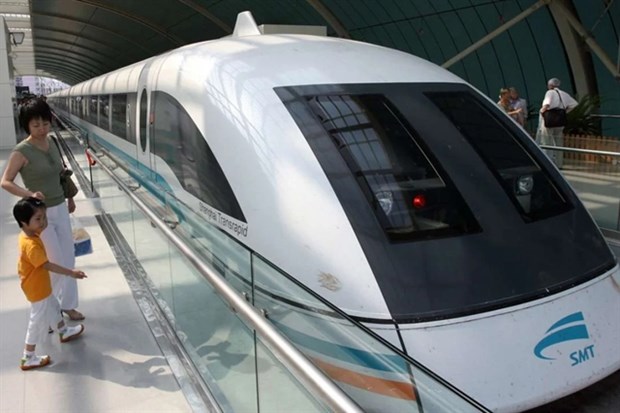 Hanoi (VNS/VNA) – Due to Vietnam's natural features and geography, the development of a high-speed railway is imperative and any delays will hinder socio-economic growth, Chairman of Vietnam Railways Vu Anh Minh has said.

Minh said the current infrastructure of the railway network was getting older and falling into a state of disrepair.

The capacity was very low compared to the current demand for freight and passenger transport.

The railway sector has not improved as the capacity of a single track was only 21 pairs of trains per day.

The railroads were not regularly maintained and the quality of the infrastructure was severely degraded, he added.

Minh cited the Hanoi-Ho Chi Minh City route as an example. Flying from Hanoi to HCM City takes around two hours in total while a high-speed train travelling at 300 kph would take six hours.

According to the Ministry of Transport's draft railway planning for the 2021-2030 period, the railway sector aims to meet the transport needs of 16.5 million tonnes of cargo and 30.9 million passengers by 2030.

These numbers would increase by 15 percent and 19 percent respectively by 2050.

The consultant unit would calculate the investment for a high-speed railway, with a speed of 350kph for two north-south routes of Hanoi-Vinh and HCM City-Nha Trang, with a length of 651km.

By 2050, the transport sector would continue to invest in high-speed rail on the Vinh-Nha Trang, Lao Cai-Hanoi-Hai Phong, Di An-Loc Ninh and Thap Cham-Da Lat routes, and then would expand to other routes nationwide.

Minh said that the Government has assigned the Ministry of Transport and is completing a project to build a high-speed railway system to submit to the National Assembly for approval.

Due to huge investment, Director of the Department of Corporate Finance under the Ministry of Finance Dang Quyet Tien said the State’s resources remained limited, so there was a need for different investment approaches.

"Choosing which route as a pilot must be calculated carefully. As for the capital source, once it is put into the public investment programme, there will be many ways to mobilise capital from the budget such as borrowing ODA capital or issuing government bonds," he said.

"In the short term, there may be limited resources, but in the future, these projects must be taken into account in order to base the motivation to mobilise investment resources,” he said.

High-speed railway construction has always caused concerns and debate after it was proposed in the first place more than ten years ago. Three high-speed routes are currently under study or have been proposed: north-south, HCM City-Can Tho and Hanoi-Lang Son./.

High-speed railway imperative for Vietnam’s development have 587 words, post on en.vietnamplus.vn at April 8, 2021. This is cached page on Talk Vietnam. If you want remove this page, please contact us.