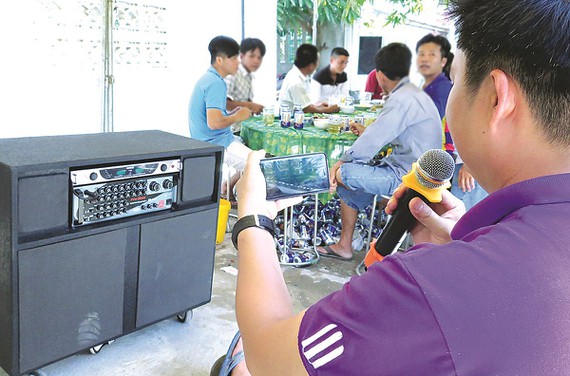 HCM CITY — HCM City police will carry out periodic and unannounced inspections at trade and service establishments, as well as residential areas, to check for violations of noise-pollution regulations.

The committee on Wednesday held a meeting to review the results of the efforts. At the meeting, a representative of District 8 said that many people who had moved from other provinces and cities to work in the district sing karaoke inside and outside their homes.

After neighbours complained about the noise, the district People's Committee sent staff to check but could not fine them because the noise levels were difficult to measure.

Võ Văn Hoan, vice chairman of the city People's Committee, said that people who sing karaoke outdoors violate regulations about social order, and they can be fined without measuring the noise level.

He said the committee will impose punishment on authorities whose locality continues to have noise pollution.

He said that local authorities should carry out regular inspections and ensure that all violators are fined as a deterrent to potential violators.

Nguyễn Thị Thanh Mỹ, deputy head of the city Department of Natural Resources and Environment, said the department received 1,061 complaints about noise from March 10 to April 19 from people's committees in Thủ Đức city and city districts. However, of these, only 764 complaints were dealt with.

Many people also called the hotlines of Thủ Đức city and district committees to complain about noise.

Mỹ said the department has proposed adding a regulation that would allow people's committees in communes to fine violators of noise regulations. VNS

City cracks down on noise pollution have 446 words, post on vietnamnews.vn at April 30, 2021. This is cached page on Talk Vietnam. If you want remove this page, please contact us.