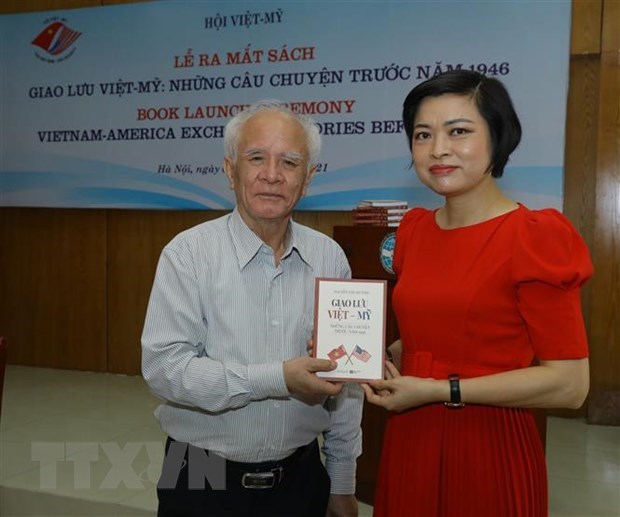 Hanoi (VNA) – A book on Vietnam – US exchanges prior to 1946 was introduced to the public at an event held by the Vietnam-US Society (VUS) in Hanoi on April 6.

The 260-page book consists of 45 stories on the relations between the two countries during 170 years from 1776 to 1946. The author is Nguyen Van Huynh, former Vietnamese Ambassador to Brazil for 2002 – 2006 and a current member of the VUS. Huynh is a veteran diplomat with nearly four decades working in external relations, including people-to-people exchanges with the US.

According to Huynh, he accepted the request to compile the book in late 2019 during a year-end meeting of the VUS that discussed activities to mark the 25th anniversary of Vietnam-US diplomatic ties and 75th founding anniversary of the society in 2020.

Speaking at the book launch , Bui Van Nghi, head of the Americas Department under the Vietnam Union of Friendship Organisations, said the book is a valuable supplement to the history of the Vietnam – US ties, particularly their people-to-people exchanges that remain unknown to many.

Nghi, also VUS Secretary General, hailed the publication's significance at a time when the two countries have just marked the 25th anniversary of normalization of ties and the VUS celebrated its 75th founding anniversary./.

Book on Vietnam – US exchanges before 1946 debuts have 322 words, post on en.vietnamplus.vn at April 7, 2021. This is cached page on Talk Vietnam. If you want remove this page, please contact us.