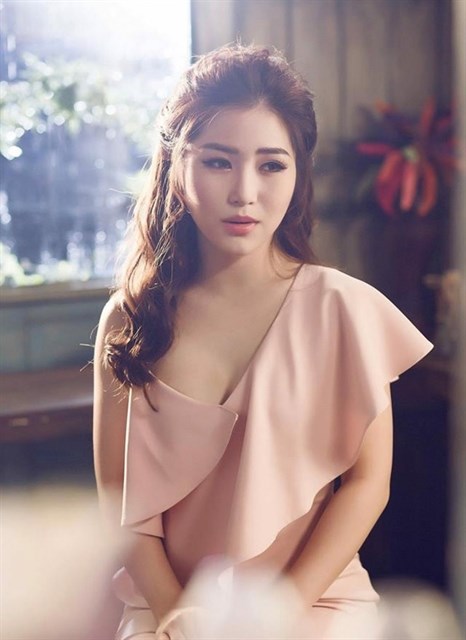 Huong Tram is the representative of Vietnamese singers born in 1981 – 1996 achieving success after a reality TV show. (Photo: vov.vn)

Hanoi (VNS/VNA) – While the Vietnamese music industry has long been dominated by the millennial generation of artists born in 1981-1996, a younger generation with a new approach is shaking up the industry.

Reality TV shows have been the launching platform for many Vietnamese singers of the millennial generation.

Before The Voice of Vietnam 2012 was aired, singer Huong Tram, known for the hit Em Gai Mua (Rain Sister), was anonymous.

However, after her performance of the iconic song I Will Always Love You during the singing contest, the singer born in 1995 became a phenomenon and won the first season of the reality show.

All of them were in their twenties, the youngest generations of Vietnamese singers at that time, and chose The Voice of Vietnam season one as the platform to showcase their voices.

Vietnam Idol, which was launched earlier, did the same thing. Vietnam Idol 2010 was the platform for champion Uyen Linh and 16-ear-old runner-up Van Mai Huong to shoot to fame.

Ten years on, Huong told zing.vn that she reached the top at such a young age thanks to the musical contest, which allowed her to earn money while her counterparts were still studying.

She said she was invited to numerous shows right after the contest and had a hectic schedule in the first two to three years of her singing career.
“One month I had even up to 26 flights,” Huong recalled.

2010-2016 was the heyday of reality TV music shows in Vietnam with Vietnam Idol, The Voice of Vietnam, X Factor and Sing My Song.

Singers like Duc Phuc, Truc Nhan and Vu Cat Tuong all won fame after starring in reality shows. Even singers who were already renowned like Dong Nhi, Noo Phuoc Thinh and Son Tung M-TP chose The Remix to aid their careers.

“I think the first and foremost factor that helped me to stand out from other members of my band was competing in The Remix", said Isaac, the former member of the band 365. "The show was an opportunity to prove my solo ability".

However, the golden age of pop singing competitions started to fade in 2016.

Advertising prices and ratings have both fallen while their champions have struggled to make an impression in Vietnamese showbiz.

This fact has opened up a new path into the industry for younger Vietnamese singers.

As generation Z Vietnamese singers, born from 1997 to present, mature, the two most-watched music shows on TV, Rap Viet and King of Rap, focus on rap.

Gen Z pop singers, therefore, have lacked the same platform as millennials. But new pop vocalists have still appeared and followed a different path from their predecessors who became famous in the golden age of reality television.

New pop singers have pursued the K-pop model that has been successfully applied in the Republic of Korea by entertainment companies.

While such entertainment company have been involved in the Vietnamese music industry for a long time, they lacked professionalism until recently.

Nowadays, entertainment companies operate more similarly to the South Korean models. The case of AMEE is a typical example of the training to create a new idol generation.

AMEE (whose real name is Tran Huyen My) is an emerging pop idol of the Vietnamese music industry . She won the ‘New Artist’ title at the 15th Devotion Music Awards and was honoured as the 'Best New Asian Artist Vietnam' at the Mnet Asian Music Awards (MAMA) in 2020.

AMEE joined the entertainment company at the age of 14, where she was professionally trained in vocals, style and choreography for four years.

Since 2019, AMEE has released a string of hits, including Ex’s Hate Me, Anh Nha O Dau The (Where Do You Live?) and Den Da Khong Duong (Black Iced Coffee Without Sugar).

The 21-year-old singer then released her debut album DreAMEE one year later and then performed her own acoustic shows.

The large number of releases from AMEE in a short time is mainly due to the efforts of a professional team.

In addition to AMEE, many other solo vocalists like Han Sara and Jsol, both part of Gen Z, are also under the management of entertainment agencies.

However, some other pop singers of Gen Z follow their own path, independently developing their careers and have achieved certain success, like Hien Ho and Quan A.P.

According to musician Hua Kim Tuyen, artists of Gen Z should work under the management of an entertainment company.

"In such conditions, the singers could totally concentrate on music while all other matters are handled by the company", he told zing.vn./.

Young generation of pop singers forge their own path have 925 words, post on en.vietnamplus.vn at March 31, 2021. This is cached page on Talk Vietnam. If you want remove this page, please contact us.