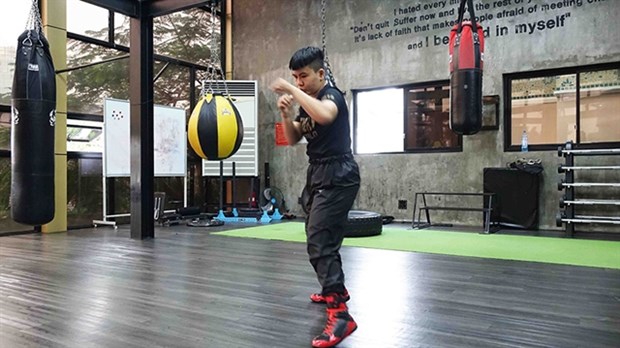 Hanoi (VNS/VNA) – Nguyen Thi Thu Nhi will have to wait till April for her chance to become the first Vietnamese world female boxing champion after her fight was delayed.

Instead of being dismayed, the pint-sized boxer has taken the delay as an opportunity to sharpen her technique to prepare for her date with destiny.

The World Boxing Organisation (WBO) agreed to move the mini flyweight (48kg) title defence between Thu and Japanese boxer Etsuko Tada to April, about two months after it was scheduled to be held.

The delay was needed as Tada could not travel to Vietnam in February due to the COVID-19 pandemic. It was the second time that the bout was postponed after being originally scheduled for last April in the Republic of Korea.

"It is sad that it was delayed again while I am in good mood and preparing well for it," Nhi told Vietnam News.

"However, thinking again I told myself that I would have more time to sharpen my skills and improve my tactics. It may help to increase my chances of winning," she said.

Nhi is Vietnam's first WBO Asia Pacific Boxing champion after taking the title last February in Cambodia. She won on points after defeating Kanyarat Yoohanngoh of Thailand in a 10-round fight.

The 25-year-old lacks international experience in contrast to seasoned pro Tada who has fought for more than a decade and grabbed a number of titles.

"The Japanese fighter is really strong and a senior in this field compared to me," Nhi said about her 39-year-old opponent. "But I also have my strong points. I am younger and confident. It is okay if I unfortunately lose in a match that I do my best. Then I will fight again in another match until I can win."

"My coaches said my technique is fairly good so they asked me to spend more time on my physique because Japanese athletes have strong physique. Tada is 39 but she could knock out her rival in the ninth round.”

Nhi is training at the Cocky Buffalo Boxing Gym in HCM City under Republic of Korean coach Kim Sang Bum.

Kim, in contrast to the style of the bombastic American, was guarded when asked about the title fight.

"The postponement is someway not good for Nhi because she was preparing to get to her best in February. Now with the sudden delay, she will have to adjust for the change including her spirit. The more she believes the better result she would get," Kim said.

"Her opponent, who is stronger and more experienced, will also have more time for the fight. She is also confident and can fight any time. I told my athlete to keep training and be comfortable but focused.”

Kim said Nhi cannot compare to Tada in some aspects but the Vietnamese fighter is very agile and has a good mind for boxing.

"The chance to win for Nhi is about 70 per cent. I think if she follows our tactics plus her confidence, winning is possible," said Kim.

While Tada has recorded 26 matches with 20 wins (seven KOs), three draws and three losses, Nhi has fought four matches with four wins. A milestone in her career was a victory over three-time world champion Filipino Gretchen Abaniel at the Victory 8 Championship in 2018 in HCM City.

"My biggest push for this match is to be the first Vietnamese boxer to vie for a world title. If I win, I will make history for Vietnam," said An Giang province-born Nhi./.

Vietnamese boxer gears up for world title shot have 801 words, post on en.vietnamplus.vn at March 2, 2021. This is cached page on Talk Vietnam. If you want remove this page, please contact us.