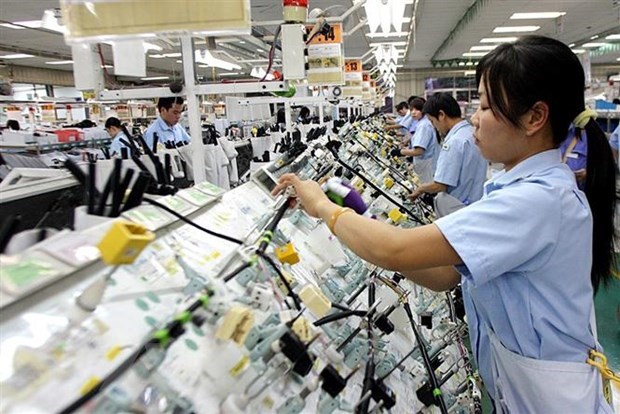 Hanoi (VNA) – Hanoi authorities have requested that the management board of local industrial parks (IPs) inspect all IPs and make appropriate development recommendations in line with the capital's planning, Nguyen Manh Quyen, Vice Chairman of the municipal People's Committee, has said.

Planning is the top priority that determines the effective development of these parks, he underscored.

The city is home to nine operating industrial parks (IPs), which together cover 1,369 ha and post an occupancy rate of 95 percent. There are also two other IPs undergoing infrastructure adjustments , four calling for investment, and one that has had its investment licence revoked.

IPs in the capital attracted a total of about 118.2 million USD in investment last year, fulfilling just 30 percent of the target and representing only 34 percent of the figure recorded in 2019.

According to Tran Anh Tuan, deputy head of the management board, the volume of investment has remained low and there are no large-scale or high-tech projects .

Insiders have attributed issues to a lack of attention to industrial development, overlapping inspections, and red tape, among other matters./.

Planning key to effective performance of industrial parks in Hanoi have 243 words, post on en.vietnamplus.vn at March 4, 2021. This is cached page on Talk Vietnam. If you want remove this page, please contact us.