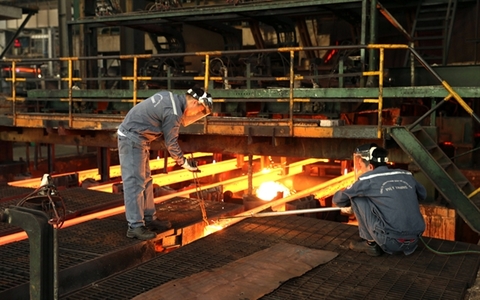 Fifteen types of export commodities will be put under strict scrutiny by Vietnamese customs authorities starting this year as part of a campaign to fight origin fraud, illegal transhipment and unfair trade practices, according to the General Department of Vietnam Customs.

The general department said the campaign would play an important role in helping Vietnamese firms avoid potential trade protective measures and in protecting their rights and interests.

For the campaign, it has proposed a list of commodities including wood and wood furniture, sporting equipment, interior decorative items, steel products, electronics, solar battery, tires, footwear and handbags among others.

The department will continue scanning for other commodities with high-risk of origin fraud, illegal transhipment and unfair trade practices, which may soon be added to the list.

It has instructed its branch offices across the country to conduct additional investigations and issue severe fines to violators.

A major focus of the campaign is to monitor exports to markets like the US, the EU and India, which have seen rapid development in recent years. Investigators will look into products that are assembled and processed in Viet Nam with almost all their raw materials brought in from abroad.

Firms established since 2018 that have reported abnormally high export volume within a short period of time or abnormally high production volume compared to their infrastructure should expect greater scrutiny as the campaign moves on.

In a recent report, the general department said it issued fines to the tune of VND77 billion (US$3.3 million) last year for origin fraud, illegal transhipment and intellectual property rights violations. More than 100 firms were investigated with 43 origin fraud cases brought to light.

Product origin remains a thorny issue between Viet Nam and a number of its major export markets including the US, which has been calling on the Southeast Asian country to step up its effort to combat origin fraud.

In December 2019, the US Department of Commerce (DOC) slapped duties of up to 456 per cent on a number of steel products from Viet Nam including corrosion-resistant steel and cold-rolled steel with South Korean or Taiwanese origin, which had allegedly circumvented US anti-dumping and anti-subsidy duties, according to the department.

The DOC said it had observed a sharp increase in shipments of corrosion-resistant steel (332 per cent) and cold-rolled steel (916 per cent) from Viet Nam from 2016-19 compared to previous years since the US started imposing duties on South Korean and Taiwanese steel products in December 2015 and February 2016.

The heavy duties imposed by the US has seen Vietnamese steel export to the world's largest economy drop to just more than $3.49 billion, a 9 per cent decrease from the same period the previous year. — VNS

Export commodities to face greater scrutiny have 590 words, post on bizhub.vn at March 6, 2021. This is cached page on Talk Vietnam. If you want remove this page, please contact us.