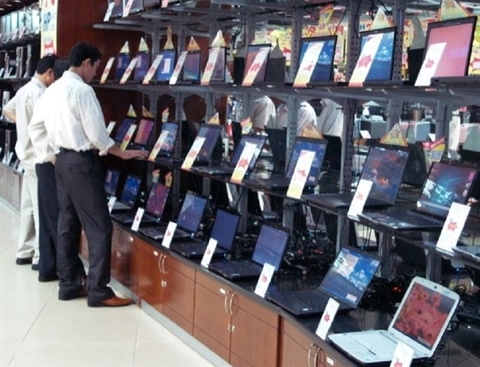 Work from home and study from home amid the new COVID-19 wave have caused demand for laptops to skyrocket.

Parents in HCM City and elsewhere said while earlier they had been content to have just one common laptop at home or have their children use smartphones, they now have to buy laptops for their children's online classes.

Nguyen Dinh of the city's Binh Thanh District said he decided to buy a laptop for his son because he could not let his son share his constantly, but most shops had run out of those priced at below VND 10 million (US$434).

Le Tri Cong, director of Tri Cong Informatics Commerce and Service said sales of desktops and used laptops have also increased as people look for cheap computers for their children.

Many retailers said certain laptop brands are under-stocked amid the rising demand, but supply is hampered by COVID-19.

But despite the demand, prices have remained relatively steady, with many retailers even offering promotions such as discounts and free programmes. — VNS

Demand for laptops booms as people study and work from home have 347 words, post on bizhub.vn at March 1, 2021. This is cached page on Talk Vietnam. If you want remove this page, please contact us.