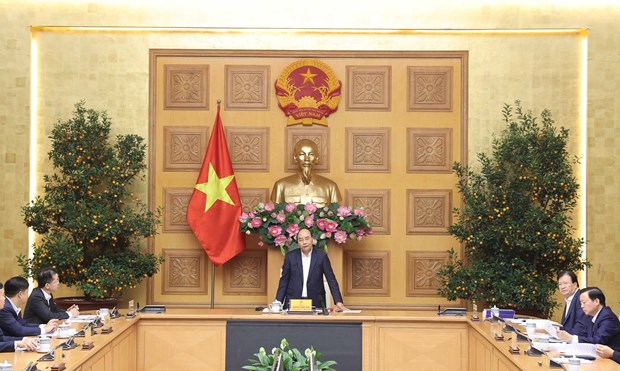 Hanoi (VNA) – The central city of Da Nang is set to be part of the global supply chain network and a gateway on the East-West Economic Corridor by 2030, a meeting in Hanoi on March 1 heard.

Discussing adjustments to the city's master planning by 2030 with a vision towards 2045, the meeting was presided over by Prime Minister Nguyen Xuan Phuc .

By 2030, the city is also expected to become a destination for global lifestyles, a centre of tourism and services, and a maritime economic hub in Vietnam and the region at large. In the long term, it eyes becoming a special urban area and an international city.

The municipal People's Committee signed a contract with a joint venture between Sakae Corporate Advisory Ltd. and Surbana Jurong (Singapore) on the project adjusting the master planning.

During the process of building the project, the municipal People's Committee organised three international workshops and collected feedback from local residents, businesses, departments, and agencies.

In his remarks, PM Phuc lauded Da Nang's coordination with ministries and agencies as well as its response to opinions from local residents and socio-economic organisations in the planning work.

Da Nang should develop beyond its current status as a first-tier urban area , he said, becoming a special city .

Given that it boasts one of the most beautiful beaches in the region, he urged the city to pay more attention to waste water treatment and climate change issues and suggested it seek new development drivers apart from tourism.

Corruption and other misdeeds in planning adjustment and implementation must be prevented, he reminded all in attendance, noting that planning and realisation must be in tandem./.

Da Nang city set to become special urban area have 492 words, post on en.vietnamplus.vn at March 1, 2021. This is cached page on Talk Vietnam. If you want remove this page, please contact us.