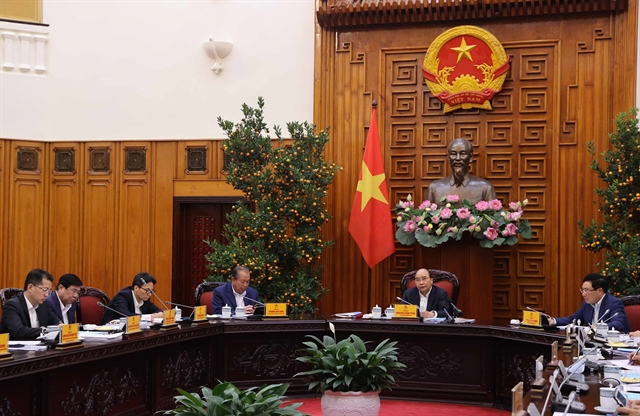 HÀ NỘI — The pilot organisation of urban administration in HCM City and central Đà Nẵng City and special mechanisms and policies for the development of Đà Nẵng were discussed at a Government meeting in Hà Nội on Monday.

Addressing the event, Prime Minister Nguyễn Xuân Phúc said that in principle, the urban administration models in HCM City and Đà Nẵng should meet the demands of each locality and ensure the unity and synchronicity of the State administrative apparatus from central to local levels.

From the pilot application of new models, the two cities should reform the method of leadership and direction of the Party committees and administrations, while ensuring the concentrated and united management of the municipal People's Committee and its head to suit renovations in the operation of wards and districts towards higher dynamism and efficiency, he said.

He asked the two cities to speed up the building of e-government and the reform of administrative procedures as well as policies for public servants.

The PM asked the administrative agencies at ward and district levels to improve efficiency and focus more on the people, while officials, Party members and public servants should enhance their responsibility towards the Party and people.

He underlined the need to implement the principle of concentration and democracy in the work as well as the design of the mechanism of supervising and discussion on important issues of wards and districts. He highlighted the significant role of the city People's Council, the National Assembly delegation, the Viet Nam Fatherland Front committees and Party Committees at all levels.

He reminded the ministry to adjust regulations on the organisation of the People's Committee at ward and district levels to suit the laws and resolutions of the NA with the collection of feedback from ministries and sectors on including representatives of the police and military forces in the People's Committee. —VNS

Cabinet members discuss urban administration models in HCM City, Đà Nẵng have 529 words, post on vietnamnews.vn at March 2, 2021. This is cached page on Talk Vietnam. If you want remove this page, please contact us.