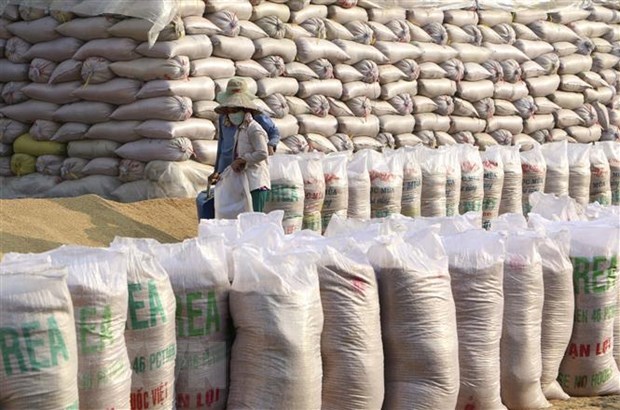 The province has set the target to reel in 870 million USD from exports by 2025, with key export markets including ASEAN, Japan, China, China's Taiwan, Russia, East European countries, Africa, the EU and the US.

According to Director of the provincial Department of Industry and Trade Nguyen Trung Kien, seeing rice as a key export, Vinh Long plans to ship average 100,000-200,000 tonnes of high-quality rice per year abroad until 2025, and work to increase price of local rice while diversifying rice products to branch out markets.

Holding a huge advantage of tra and basa fish farming, the province eyes to sell some 20,000 tonnnes of frozen tra fish to foreign markets by 2025.

Kien said Vinh Long is making efforts to gain 35-40 million USD from exports of grape fruits, canned fruits, dried fruits, and vegetables by 2025, adding areas were zoned off for cultivation of vegetables and orchards such as grape fruit, orange, tangerine, longan, and mango, among others.

In a bid to realise the set goals, an array of measures were outlined, Kien said, stressing due attention will be paid to developing agricultural processing industry and finished goods to better the products' value and their competitive edge in the market.

Kien said along with support policies for local production, the province will improve technical services to promote mechanisation of agriculture, particularly post-harvest processing and preservation.

Investment promotion will be given priority so as to attract investment in supporting industries for footwear, garment-textile, electronics and engineering sectors, helping local producers and exporters improve their products' competitiveness.

On the other, the province encourages local businesses to develop materials zones to ensure stable input for production, apply advanced technology to better products' quality, while building brands to gain foothold in the market.

According to the Department of Industry and Trade, the province is now housing 40 export firms, including 15 foreign-invested businesses.

During 2015-2020, the locality's export revenue rose significantly, from 302 million USD in 2015 to 570.5 million USD five years later. The North America accounted for the lion's share of the province's export, accounting for 37 percent of the total shipments, followed by Europe (31 percent), and Asia (29 percent)./.

Vinh Long works towards sustainable export growth have 512 words, post on en.vietnamplus.vn at February 26, 2021. This is cached page on Talk Vietnam. If you want remove this page, please contact us.