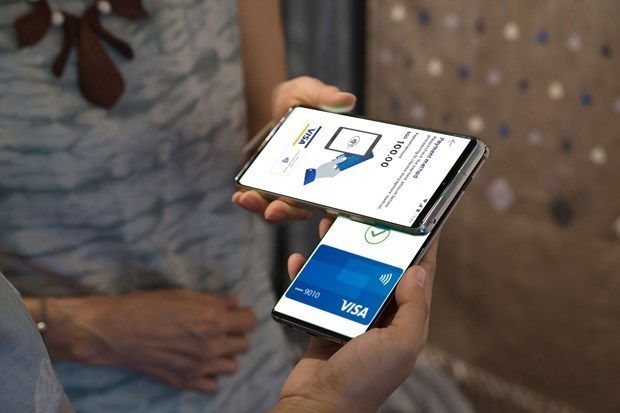 Singapore (VNA) – With the pandemic showing little signs of slowing and as countries around the world shift away from the traditional economy, Asia has an opportunity to consider building a more integrated digital economy and to promote digital trade and a common digital currency .

According to the International Monetary Fund’s outlook report on the Asia-Pacific region released in October 2018, the level of digitalisation in various Asian economies is higher than that of countries in other regions, said an article recently published on ThinkChina e-magazine.

Even the relatively poorer Asian economies are going digital at an ever-increasing pace. Over the past 20 years, digital innovation has contributed about a third of Asia’s per capita economic growth. Asia will lead global digitalisation, and will benefit greatly from the growth of its digital economies. For instance, e-commerce seems to be boosting companies’ productivity, and going digital may help improve targeted expenditure and streamline taxation processes.

The United Nations Conference on Trade and Development (UNCTAD) noted that global trade in 2020 is expected to shrink by about 7-9 percent as compared to 2019, and closer cooperative ties in digital trade within Asia would help Asian countries to withstand the impact of shrinking global trade, or to buffer the blow.

According to the 2020 China Internet Development Report, China’s digital economy in 2019 was worth 35.8 trillion RMB, or 36.2 percent of its GDP, putting it among the top in the world in terms of scale and growth rate. The fifth plenary session of the 19th Central Committee of the Chinese Communist Party (CCP) in December 2020 unambiguously proposed stepping up the development of digitalisation, promoting the formation and growth of the digital industrial sector, and strengthening international cooperation in areas such as internet infrastructure, big data, cloud computing and e-commerce, to build a digital Silk Road.

The recent signing of the Regional Comprehensive Economic Partnership (RCEP) and the successful conclusion of negotiations on the China-EU investment agreement are expected to provide positive impetus for global economic recovery. These two agreements include significant content on cooperation in the digital economy, such as in the areas of trade digitalisation, cross-border e-commerce, and fintech among the signatory countries. This will certainly help China, Asia, and ASEAN unleash their enormous growth potential in the digital economy in the post-pandemic era.

ASEAN is a region of many young people, with over half of its population aged below 30. Smartphones are prevalent among the young and the internet economy is growing at an astonishing rate which is set to hit 300 billion USD by 2025.

In Asia, building the digital economy has been a key part of the strategic development of Singapore and China in recent years, and results have been remarkable.

With the rise of new information technologies and the digital economy, Singapore has in recent years taken an active lead in establishing digital economic partnerships with countries such as China, New Zealand, Australia and Chile, as well as ASEAN. New bilateral Digital Economy Partnership Agreements are signed to boost digital connectivity, and this includes cooperation in digital trade, interoperability between digital systems, enhanced cross-border data flow, data innovation, and fintech.

For example, the vision behind setting up the ASEAN Smart Cities Network and building an open data network for ASEAN is to promote digital integration in regional economy and trade.

Digital economy – momentum for Asia to thrive in post-pandemic era have 734 words, post on en.vietnamplus.vn at February 22, 2021. This is cached page on Talk Vietnam. If you want remove this page, please contact us.