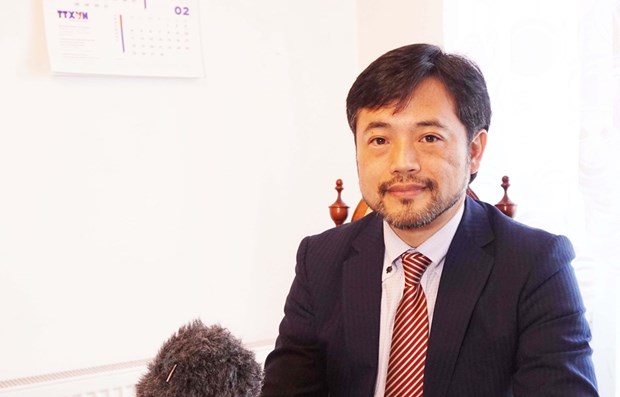 Takashi Hosoda, an expert on the Asia-Pacific from Charles University in the Czech Republic

HÀ NỘI — Việt Nam’s foreign policy of multilateralisation and diversification of external relations has contributed to enhancing the country’s position in the region and the world, foreign experts have said.

In an interview recently granted to Vietnam News Agency correspondents based in Prague ahead of the upcoming 13th National Congress of the Communist Party of Vietnam, Dr. Takashi Hosoda, an expert on the Asia-Pacific from Charles University in the Czech Republic, noted that over the past years, Việt Nam has achieved important successes in external affairs, especially establishing bilateral and multilateral cooperation mechanisms to connect with the world, contributing to creating an environment of peace for national construction and defence.

Amid the complicated developments in the world, especially the COVID-19 pandemic that deeply affected international relations, Việt Nam was honoured for successfully performing the role of ASEAN Chair 2020, which improved the stature of ASEAN and Việt Nam in particular in their relationship with partners as well as contributed to the international community’s common efforts to seek multilateral solutions to issues related to peace, security and development in the Indo-Pacific and Southeast Asia in particular, including the East Sea issue.

The scholar also commented that Việt Nam has made continuous efforts to actively and proactively integrate into the world economy via signing a number of important multilateral trade deals such as the Comprehensive and Progressive Agreement for Trans-Pacific Partnership (CPTPP), the European Union – Việt Nam Free Trade Agreement (EVFTA), the Regional Comprehensive Economic Partnership (RCEP), and the Free Trade Agreement between Việt Nam and the UK. Those deals have helped create a driving force for Việt Nam’s economic growth.

Apart from bolstering multilateral collaboration, Việt Nam also paid attention to consolidating bilateral ties with neighbouring countries and important partners such as the US, India, Japan, France, Italy and the UK to create a peaceful environment favourable for protecting national interests and harnessing its strength.

He noted Việt Nam’s efforts to fight illegal, unreported and unregulated fishing, prevent plastic waste pollution and maintain sustainable fishing, which he said demonstrated that Việt Nam is a responsible country for promoting environmental protection and maintaining sustainable development, which are two major factors for global politics in the 21st century. VNS

Việt Nam’s foreign policy greatly enhances the country’s position: expert have 480 words, post on vietnamnews.vn at January 24, 2021. This is cached page on Talk Vietnam. If you want remove this page, please contact us.