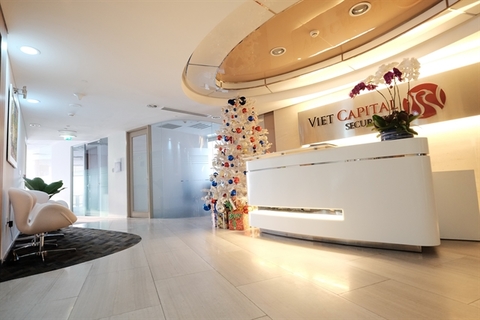 Viet Capital Securities’ net revenues increased by 12 per cent last year to VND1.73 trillion (US$75.02 million) and were 25 per cent above the target it had set for itself.

Amid the disruption COVID-19 caused to international travel throughout 2020, the company said it shifted its focus to domestic investors and foreign investors with a long-term presence.

Its investment banking segment recorded revenues of VND148 billion and profit before tax of VND102 billion, decreases of 17 per cent and 9 per cent.

Proprietary investment saw revenue of VND9 billion and profit before tax of VND514 billion, an increase of 20 per cent and 30 per cent. In the final quarter the company increased its holdings in TCB, VPB, MBB, and IJC, and reduced its position in SCR and DIG.

In the second quarter it raised $40 million in unsecured syndicated loans from a consortium led by Bank Sinopac, which helped lower its cost of borrowed funds. — VNS

Viet Capital Securities revenues, profits up sharply have 243 words, post on bizhub.vn at January 25, 2021. This is cached page on Talk Vietnam. If you want remove this page, please contact us.