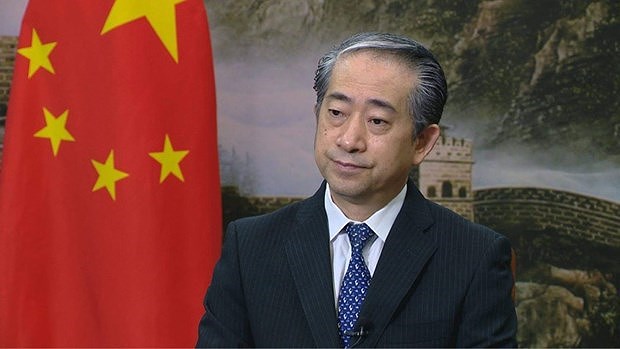 HÀ NỘI — The success of the 13th National Congress of the Communist Party of Việt Nam (CPV) will be a strong and firm political guarantee for the development of socialism in Việt Nam and provide a new driving force for the country’s  socio-economic development, said Chinese Ambassador to Việt Nam Xiong Bo.

In a recent interview with the Vietnam News Agency ahead of the Congress, he said the CPV, founded by President Hồ Chí Minh, is the genuine representative of fundamental interests of the Vietnamese people. Over the 91 years since its establishment, the CPV has led the Vietnamese people to take firm steps forwards and make historic contributions for the sake of national independence, liberation, and development and the people’s happiness.

The 13th National Party Congress is a significant political event of the CPV and State of Việt Nam, the ambassador said, expecting that it will elect an unyielding and strong Party Central Committee for the new tenure that will win over the people’s wholehearted support and trust to continue leading the country’s socialism building to even greater success.

According to Xiong Bo, the international community, including China, pays special attention to the CPV’s 13th National Congress. China’s Party General Secretary and State President Xi Jinping, during the phone talks with his Vietnamese counterpart Nguyễn Phú Trọng last September, underlined that the Communist Party of China supports the CPV to successfully organise the 13th national congress and is ready to continue assisting Vietnam in socialism building.

The diplomat went on to say that since the 12th National Party Congress, under the steadfast leadership of the CPV Central Committee, headed by General Secretary Nguyễn Phú Trọng, the Vietnamese Party and Government have stepped up the Party building, the corruption combat, reforms, and development.

Since 2020, facing serious impacts of the COVID-19 pandemic, the CPV Central Committee has maintained strategic persistence and solidarity to lead the entire Party, army, and people to weather difficulties and realise the twin targets of fighting against the pandemic and sustaining socio-economic development, with growth of 2.9 percent – one of the world’s fastest growth rates last year.

Ambassador Xiong Bo also noted that as Chair of ASEAN and a non-permanent member of the UN Security Council in 2020, Việt Nam successfully organised meetings within the East Asia cooperation framework, actively advocated multilateralism and free trade, promoted regional anti-pandemic cooperation, and improved its influence in the region and the world. — VNS

Party Congress to create new development momentum for Việt Nam: Chinese ambassador have 562 words, post on vietnamnews.vn at January 25, 2021. This is cached page on Talk Vietnam. If you want remove this page, please contact us.