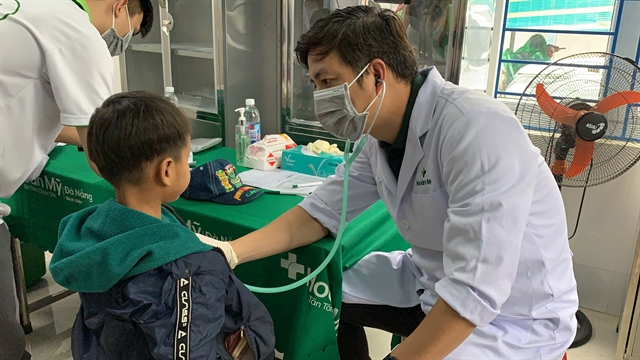 A doctor examines a child in Nam Trà My District of Quảng Nam Province. More than 1,500 flood-affected people including 1,000 children in the district received free examinations and medicine under the charity programme for disaster-damaged areas. Photo courtesy Hoàn Mỹ Đà Nẵng Hospital

QUẢNG NAM — More than 1,500 poor people, of which 1,000 were children, in flood-affected Nam Trà My district of Quảng Nam Province received free examinations and medicine in a joint-health care charity programme by the Đà Nẵng-Hoàn Mỹ Hospital and VinaCapital Foundation.

The programme was one of a series of charity activities by Vinacapital and donors in providing post-disaster relief for local people in the most damaged communes due to floods, storms and landslides in the province between September and November.

Following the programme, 10 grassroots health centres were repaired, while water filter systems and medical equipment were donated to the flood-damaged areas.

According to doctors from Hoàn Mỹ Đà Nẵng hospital, more than 20,000 children in central Việt Nam were provided with free examinations for congenital heart disease in 12 charity health care programmes by the hospital in 2020.

At least 200 children who suffered congenital heart disease received free surgeries at the hospital from the programmes.

Doctors from the hospital also offered free training sessions for 1,000 nursery teachers at kindergartens in Đà Nẵng on first aid for kids in 2020. 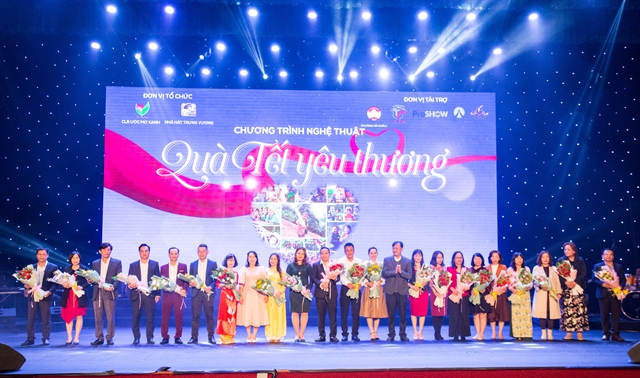 Meanwhile, VNĐ500 million ($22,000), which was raised from a musical performance organised by the Trưng Vương Theatre in Đà Nẵng and ‘Green Dream’ charity club, has been sent to help disaster-affected poor people in mountainous areas of Quảng Nam Province before Tết (lunar New Year). — VNS

Flood-affected people receive support from donors have 387 words, post on vietnamnews.vn at January 22, 2021. This is cached page on Talk Vietnam. If you want remove this page, please contact us.