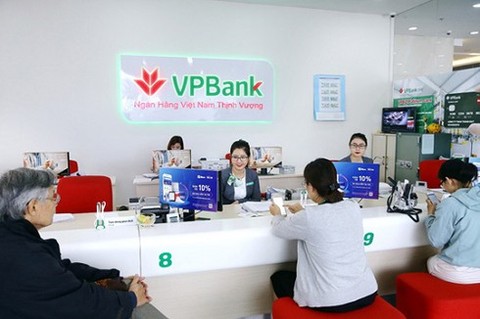 Among companies that released fourth quarter results, many banks ended the year on a positive note.

With the growth of credit services, Vietcombank (VCB)’s profit surged in the fourth quarter of 2020 despite a double increase in cost contingency.

In the fourth quarter, the bank posted a rise of 20.3 per cent against 2019 to nearly VND10.4 trillion in net interest income.

Its profit from services recorded an outstanding performance, up 247 per cent against the same period to nearly VND3.1 trillion. This result is equivalent to that of the first nine months.

While Vietcombank’s total revenue rose nearly 35 per cent to over VND14.39 trillion, its operation cost also went up by 7.7 per cent to more than VND3.43 trillion.

For the whole of 2020, its consolidated profit after tax also posted an increase of more than 26 per cent against 2019 to over VND10.4 trillion.

Another bank that recorded good performance in 2020 is Sacombank (STB). In the fourth quarter, the bank’s net interest income surged 70 per cent year-on-year to over VND3 trillion. It reported a significant climb in profit from selling shares, up more than 515 per cent to VND120 billion.

While its operation cost also rose sharply by 53 per cent to nearly VND4 trillion, the bank’s allowance for credit losses decreased by 86.4 per cent to VND63.6 billion.

Meanwhile, Saigonbank (SGB) is the first bank posting a loss in the fourth quarter of last year.

Banks post positive results in Q4 2020 have 530 words, post on bizhub.vn at January 23, 2021. This is cached page on Talk Vietnam. If you want remove this page, please contact us.