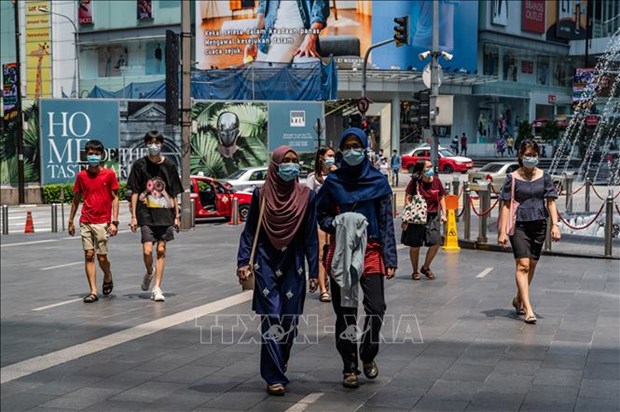 Kuala Lumpur (VNA) – Malaysia's National Security Council convened a special meeting on October 3 after the number of COVID-19 infections  in the country hit its highest level, reported by the national news agency Bernama.

After the meeting chaired by Prime Minister Muhyiddin Yassin, Senior Defence Minister Ismail Sabri Yaakob said the government would not re-impose a nationwide Movement Control Order (MCO) to prevent the disease from spreading.

He said this was because most of the cases involved prison inmates in Kedah and Sabah, which can be considered as isolated.

The government would not enforce an inter-state or inter-district travel ban nationwide, as the number of positive cases in many states were still small and under control, the official added.

On October 2, Malaysia recorded 287 new COVID-19 infections, the highest number in a single day ever recorded since the beginning of the pandemic in the country.

Also on October 3, the Philippines' Health Ministry reported 2,674 new infections, the highest daily increase in five days, and 62 additional deaths. The ministry said the total confirmed cases in the country have increased to 319,330, the highest in Southeast Asia, while deaths have reached 5,678, a third of which were recorded in the past 30 days.

Meanwhile, Singapore posted six new infections, the lowest daily figure since March 10. Of the new cases, one is a community infection and four are imported cases. In recent months, the number of new cases in the country fell significantly, with the authorities placing outbreaks at migrant workers’ dormitories under control.

Malaysia holds urgent meeting over spike in COVID-19 infections have 376 words, post on en.vietnamplus.vn at October 3, 2020. This is cached page on Talk Vietnam. If you want remove this page, please contact us.