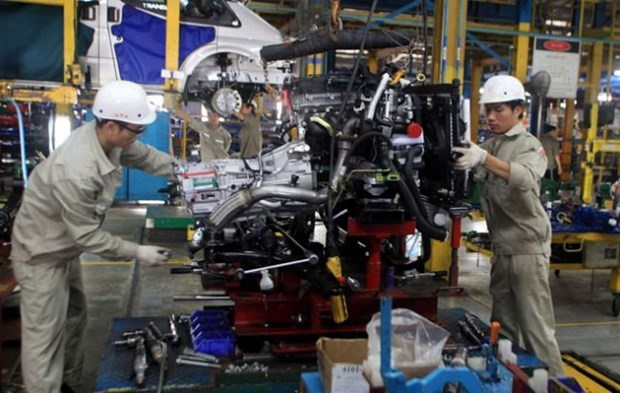 The firm’s plentiful revenue from financial activities was also thanks to the dividends collected from its joint ventures.

In 2019, VEAM achieved revenue of 685 billion VND and suffered a loss of 337 billion VND in its main business.

But thanks to the large volume of revenue from financial activities of 7.8 trillion VND, at the end of the year, the company still achieved a post-tax profit of 7.04 trillion VND.

When spare parts manufacturer PetroVietNam Machinery-Technology JSC (PVM) was a State-owned enterprise 25 years ago, it held 30 percent each in joint ventures with Japanese partners Nippon Seiki, Showa and FCC, all specialising in manufacturing auto and motorcycle parts.

These all are leading enterprises in the spare parts industry, supplying spare parts for Honda, Yamaha, and Suzuki. These joint ventures earn trillions of VND of profits each year and produce profits up to 80-100 billion VND for PVM every year.

In 2018 and 2019, the profits Vinafor earned from these joint ventures accounted for about 90 percent of its profit structure.

The main profit of the company comes from FrieslandCampina. PRT achieved dividends and distributed profits from this joint venture of 402.8 billion VND and 539.2 billion VND in 2018 and 2019, respectively.

Shareholders of these companies are looking forward to restructuring.

However, earning results from the main businesses remain poor. At general meetings of shareholders every year, shareholders question leaders about the use of those land plots and request company restructuring, streamlining apparatus and increasing business efficiency.

At this year’s meeting, PVM shareholders questioned the efficiency of the Centre of International Labour Co-operation and Service.

This centre reported revenue of 790 million VND in 2019, only 13 percent of the yearly goal.

The shareholders even suggested PVM’s leaders consider dissolving the centre.

The cumbersome apparatus, ineffective operation of many departments and divisions, consume two-thirds of the dividends collected from the company's joint ventures every year, the shareholders said.

Shareholders requested the company improve the efficiency of the afforestation and wood processing segments to improve the profit structure and avoid relying too much on dividends from the joint venture./.

UPCOM-listed companies largely rely on joint ventures have 892 words, post on en.vietnamplus.vn at August 10, 2020. This is cached page on Talk Vietnam. If you want remove this page, please contact us.