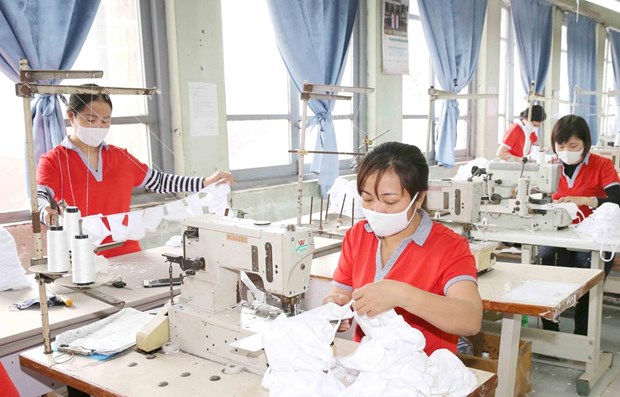 Many firms ask workers to take turns going to the workplace or reduce their work hours due to COVID-19 (Photo: VietnamPlus)

Hanoi (VNA) – While the current solutions mainly focus on pandemic-hit workers and people, businesses have not received support apart from loans.

To support workers victimised by COVID-19 , the Ministry of Labour, Invalids and Social Affairs ( MoLISA ) has proposed the Government extend the delay of social security premium payment until the end of 2020. It has also enhanced vocational training for laid off workers to help them return to the labour market .

Of note, the ministry has called on the Government to loosen conditions and criteria to help firms access an aid package totalling 62 trillion VND (2.67 billion USD).

While the number of laid off workers has been on the rise, job creation in the first six months of the year remains low, standing at 540,000, representing 36.5 percent of the set target and 76.1 percent year-on-year.

Recruitment started to recover in June. However, it was modest compared to the same period last year. The figures in HCM City and Hanoi plunged 28 percent and 23 percent, respectively.

Director General of the MoLISA's Department of Employment Vu Trong Binh said that COVID-19 has taken its toll on close to 31 million people over 15 years of age as of this June, including the laid-off and workers who must take temporary leave or have their work hours and income reduced. Up to 57.3 percent of them suffered from salary cuts.

Some firms such as PouYuen Vietnam Company is set to cut down nearly 3,000 labourers, while Hue Phong Garment-Textile and Woodworth Wooden also plan to lay off more than 2,000 workhands as orders was only half of the usual.

Domestic travel companies have yet to fully recover after the social distancing period, while it is still infeasible to send Vietnamese abroad. The ravaging pandemic has dealt a blow to travel firms.

Do Anh Tuan, a representative of the Hanoitourist travel company said that its operation results in the first two quarters hit merely 9 percent of the year's plan, while the number of overnight visitors diminished 39 percent and occupancy rate was 43 percent year on year.

"Even though firms have asked workers to take turn to stay away from work and reduce work hours, as well as applied technologies and restructured, the situations remain tepid," Tuan said.

Deputy Director of Saigontourist Nguyen Hoai Thu said the company is exerting efforts to maintain its resources and keep from dismissing employees.

However, its resources will have been drained out by the end of June. The firm has to review its employees to devise new measures for upcoming months.

The Prime Minister has issued Decision No.15/QD-CP on the implementation of aid for people hurt by the pandemic. While the current solutions mainly focus on pandemic-hit workers and people, businesses have not received support apart from loans to pay temporary leave, and the postponement of social insurance payment. Therefore, they remain in dire situations. 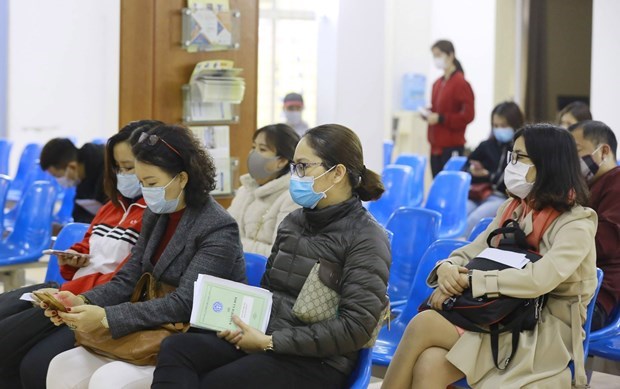 The number of laid off workers signing up for unemployment allowance continues to rise (Photo: VNA)

The Government has approved a credit policy worth 16 trillion VND targeting employers (enterprises, organisations and business households, among others). The aid is to help them manage temporary leave payment and recover operation.

Nonetheless, a host of localities noted that firms who want to borrow money for such payment are facing obstacles in proving their financial troubles stipulated in Point 2 of Article 13 in Decision No. 15/2020/QD-TTg.

The point stated that to be eligible for the aid, enterprises must be in financial difficulties, have insufficient balance to pay for temporary leave and use up their reserves for severance pay.

No firms have so far received the assistance.

The MoLISA has asked the Government to loosen some conditions to help them access the 62-trillion-VND aid package. In addition, it will seek the Government's permission in enabling firms to use unemployment allowances in vocational training, Thanh added.

The ministry is building a revised decision to supplement Point 2 of Article 13. Accordingly, the conditions would be adjusted to "revenues in the Q1 reduced by at least 20 percent compared to the previous quarter or the same period last year", instead of "firms using up their reserves for severance pay./.

Conditions loosened for firms to access aid have 877 words, post on en.vietnamplus.vn at July 2, 2020. This is cached page on Talk Vietnam. If you want remove this page, please contact us.