Viet Nam-based new-age carrier Vietjet has resumed domestic operations to meet people’s demand for air travel, one of the first signs of recovery for the global aviation industry.

On flight VJ178, departing from HCM City to Ha Noi at 7pm on May 26, 2020, all 42 seat rows of the Airbus A321 were full. This reflects the high demand for air travel in Viet Nam just weeks after social distancing measures ended.

According to the statistics of the Civil Aviation Authority of Viet Nam (CAAV), from April 19 to May 18, airlines in Viet Nam served over 8,600 flights on domestic routes. That number of flights rose nearly double compared month on month and Vietjet has resumed all of its domestic routes at full capacity. 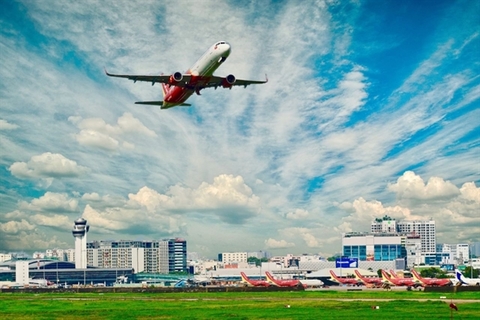 Vietjet is one of the airlines that is able to recover quickly after the pandemic. — Photo courtesy of Vietjet

“Returning to the sky with these beloved jets, I am delighted to fly people again throughout the country. The pandemic has been contained in Viet Nam and many other countries will soon be pandemic-free, too. Step by step, I believe that the aviation industry will strongly recover,” she said.

Operating flights with full seat capacity is not something new for an airline that often reaches 87 per cent load factor. Vietjet had already prepared a plan during the social distancing period to encourage passengers to take to the skies once again.

After receiving approval for resuming operations from CAAV, Vietjet has been offering a series of ticket promotions with millions of cheap air fares available on all domestic routes. 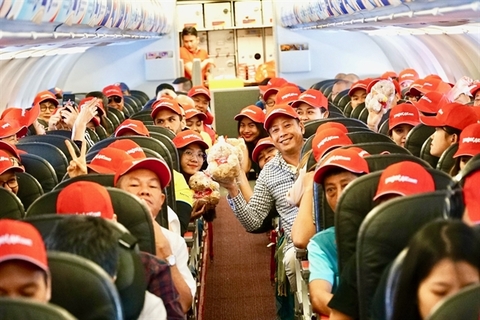 Le Hoai Thu who lives in HCM City said that she had important duties in Ha Noi but hesitated to fly as she thought that air fares would be expensive post-pandemic.

However, she decided to buy tickets right away when she found out the air fares on Vietjet’s website were so affordable.

“I reckon that these ticket promotions of Vietjet not only boost the recovery of aviation but also create great value for people like us to travel at ease,” Thu said.

In addition to the flyer-friendly ticket policy, the confidence and optimism of the Vietjet team during the pandemic and in the aftermath has also significantly contributed to the airline’s recovery.

Dang Lan Anh – a purser - said that during the social distancing period, she spent more time studying at the company’s academy, resting and playing sports to maintain her health and physique.

“I tell myself that even when we were wearing a mask, passengers could see our smile and hospitality through our eyes,” Lan Anh said. 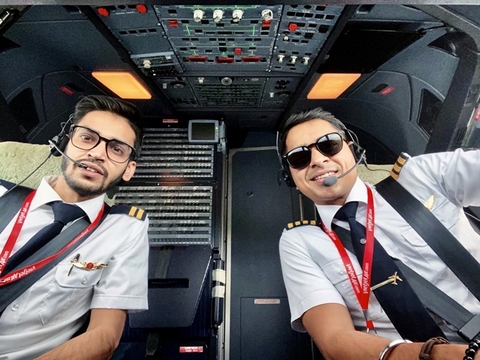 Captain Yudhie Hanrianto who carried out the repatriation flight bringing Vietnamese home from Indonesia on April 26 excitedly said: “I landed on the ground of my home country on a special mission to bring Vietnamese friends home. I felt extremely honoured and optimistic. Vietjet has returned to the sky and is ready to contribute to Viet Nam’s economic growth.”

To mark the airline’s return to the skies, Vietjet’s Captain Le Trung Hieu made a video with the hashtags #backtothesky and #togetherwewin. The clip shows a day in a life of an airline captain with all of the well-prepared steps from early morning to the sunrise take-off and climb to an altitude of 10,000 metres followed by a safe landing.

Hieu, who frequently conducts donation cargo flights between Ha Noi, HCM City, Cam Ranh (Nha Trang), South Korea and other countries during the pandemic, said: “Excitement, heart-warming are what we feel when the flights are resumed. It meets the travel demands of people and brings us hope, inspiration and extraordinary motivation.”

In addition to current domestic operations, the Ministry of Transport has requested CAAV to study the resumption of commercial international routes on a bilateral basis and report before June 10 for the Prime Minister’s review and decision.

Vietjet returns to domestic skies at full capacity have 917 words, post on bizhub.vn at May 29, 2020. This is cached page on Talk Vietnam. If you want remove this page, please contact us.