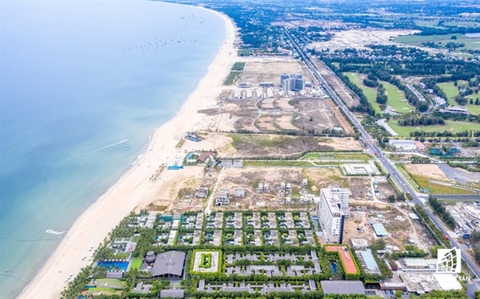 The projects are an ecological urban area complex spanning 87.4ha in Hoa Son Commune, Hoa Vang District with 1,845 adjacent houses and 134 villas; two other complexes with a total area of 157ha and providing 2,517 adjacent houses, 323 villas and 394 apartments; and a 100ha lakefront eco-villa complex to be developed in Hoa Nhon Commune with 92 villas.

After receiving in-principle approval from the People’s Council, the People’s Committee will hold bidding to select investors to implement the project in accordance with the law, according to the newspaper.

In 2019, the city attracted nine domestically-financed projects with total registered capital of more than VND8.82 trillion. It also lured above $690 million in foreign direct investment with $438 million from 132 new projects, $117 million from 16 capital-added ones and the remainder from capital contributions and share purchases by foreign investors.

As of last year, the city had 1,144 valid investment projects, including 813 foreign-invested, with a combined capital of $7.93 billion.

In order to facilitate businesses and investors, the municipal Investment and Planning Department has officially launched a business registration service at home, saving time and travel costs for these firms, offering completion in three working days.

The department’s business support division said all enterprises could apply for registration via email or phone, and the centre would process the request before sending documents to customers by post.

Da Nang seeks approval for four property projects have 304 words, post on bizhub.vn at March 16, 2020. This is cached page on Talk Vietnam. If you want remove this page, please contact us.