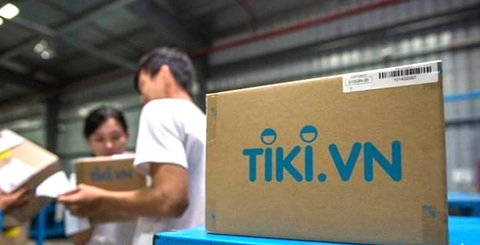 In the report ‘Southeast Asia Tech Investment in 2019’ released early this month, Cento Ventures pointed out that investment in Việt Nam-based start-ups increased most in the region, worth US$741 million, making up 18 per cent of the country-specific capital deployment, a huge jump over 2018 where it only accounted for four per cent, or $284 million.

Viet Nam accounted for a much larger share of capital invested as it produced more late-stage companies such as Tiki, VNPay and Sendo.

For the first time, investment into Vietnamese start-ups exceeded Singapore which accounted for 18 per cent of the capital invested into the region.

The number of deals also increased significantly in Viet Nam. The report revealed that there were 90 deals last year, growing from just 50 in 2018.

The report also reported changes in the landscape of technology investment in Southeast Asia last year.

The total amount invested in tech companies in the region was worth $7.7 billion, lower than the $12 billion recorded in 2018.

The report pointed out that there was some change to the previous bias of investment toward start-ups based in Indonesia and Singapore, with 2019 showing greater geographical diversification in capital deployed as Viet Nam and Thailand rose to be attractive destinations.

According to the report, while most investment in the region continued to be into diverse digital businesses such as Grab and Gojek and online retailers, 2019 showed some diversification by sector. Interest in emerging sectors such as financial services and payment grew strongly, which when combined received nearly $1 billion in new capital. Newer sectors such as healthcare, logistics and education also benefited from increasing investor interest.

“Looking ahead to 2020 we expect these positive trends to continue as the fundamentals of the region remain positive – a large and rapidly digitising population that demands better online services, combined with many industry sectors adopting new technology to transform their operations,” the report said. — VNS