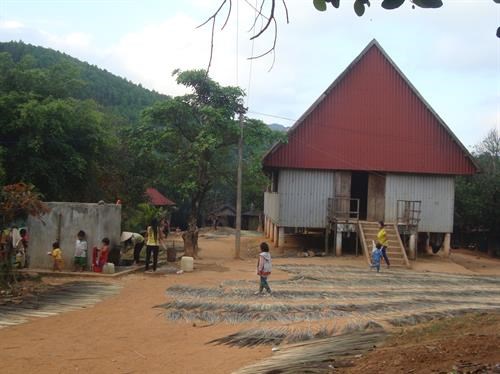 Binh Dinh (VNA) – Authorities of the central province of Binh Dinh has decided to launch a project which helps its three ethnic villages have access to electricity.

Ka Bong, Cat and Chom villages are among the last five of the province's Van Canh district which are yet to be connected to the national grid.

The power transmission project , invested by the People's Committee of Van Canh district with a budget of nearly 15 billion VND (645,700 USD), will be carried out until 2022.

Upon its completion, the power system including a 22 kV transmission line measuring 10.6 km in length and transformers will be managed by the Binh Dinh Power Corporation./.

Ethnic villages in Binh Dinh to get electricity have 284 words, post on en.vietnamplus.vn at February 21, 2020. This is cached page on Talk Vietnam. If you want remove this page, please contact us.