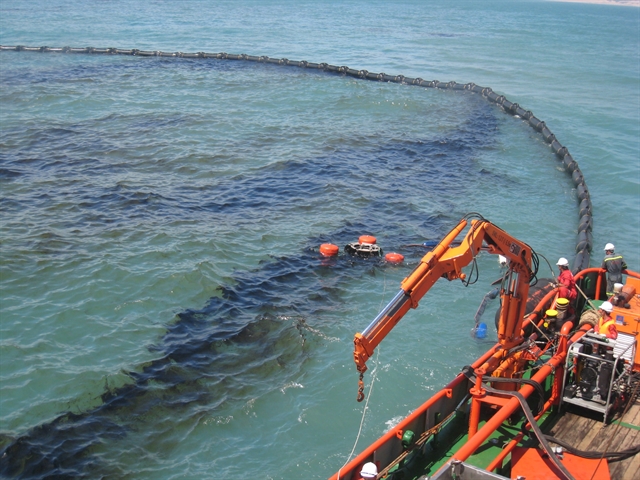 The move aims to help promptly deal with oil spills, minimise the number of oil spills and reduce the damage by oil spills on the environment, economy and society.

The plan tackles several oil spill possibilities, such as spills from oil tankers, spills due to broken pipelines and spills at oil refinery factory, among others.

To handle oil spills, the plan pointed out major solutions, such as strengthening human resources, perfecting policies and mechanisms, enhancing international co-operation and ensuring enough facilities to deal with oil spills, he added.

Dũng assigned the National Committee for Natural Disaster Response and Search and Rescue to receive and verify information related to oil spills then issue an action plan and work with relevant units to fix the situation.

If the committee could not deal with a large oil spill, it should request Prime Minister Nguyễn Xuân Phúc consider calling for international support, he said.

The Ministry of Natural Resources and Environment would take responsibility for remedying the environmental consequences caused by an oil spill, he added.

In a related development, the environment ministry issued a circular to regulate marine oil spill clean-up and recovery efforts last week. The circular will take effect from March 12.

Under the circular, an initial and preliminary assessment on the level of pollution will be made within the first 10 days after an oil spill is reported.

If the investigation shows the level of oil in the water is higher than national standards, a more detailed assessment of environmental damage will be completed within 20 days after preliminary investigation results.

Statistics show an estimated 200 million tonnes of oil are transported each year through the sea in Việt Nam. About 10 oil spills are recorded annually. — VNS