You are here: Home / Actress adds a dash of glamour to 2020 CHIN-SU Spring Corner

Young actress Khanh Van, better known as “Tra Long”, one of the stars of popular movie Mat Biec, was the cynosure of all eyes at the 2020 CHIN-SU Spring Corner taking place at the intersection of Pham Ngoc Thach and Nguyen Van Chiem streets in HCM City’s District 1 from January 10 to 28.

Dressed in a prominent red long dress, Tra Long was easily noticeable with her dimples as she posed for photos with giant-sized models of dishes showcased at the CHIN-SU booth.

The super large models of the dishes make them look tastier and more appealing to visitors.

The pho bo (beef noodles) corner has a model of a bowl of noodles, which immediately impressed the actress, who posed for a lot of photos with the “best bowl of noodles soup in the Northern Gulf,” as she called it.

The pho (noodles soup) booth attracted the actress at first sight. Pho is the tastiest dish for her.

Van, clearly a gourmet, posed for photos also with CHIN-SU Super Spicy chili sauce, which is best when served with noodles soup. 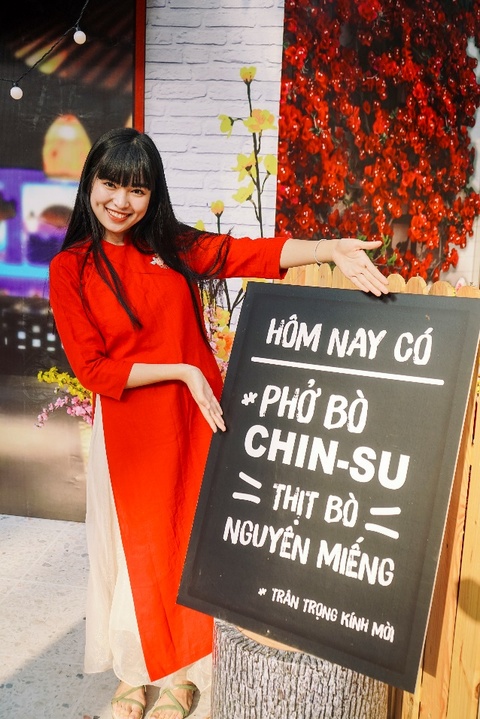 At the Tet (Lunar New Year) Gala Party, Van was impressed with a luxurious banquet table with models of Alaska crabs and lobsters and a bottle of Spring Anchovy Fish Sauce, and, by her looks, wished they were all real foods that she could eat. 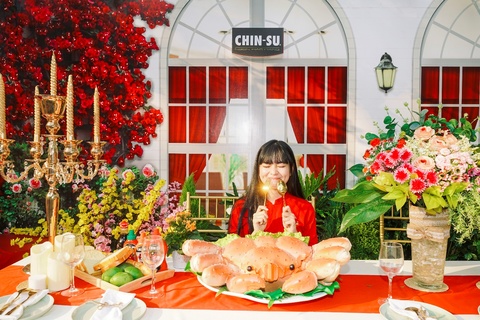 A remarkable model at the Tet (Lunar New Year) Gala Party was that of the new product, CHIN-SU, the Spring Anchovy Fish Sauce, which will be a meaningful Tet gift one can give anyone. For those who are not sure about what Tết gift to offer their loved ones, this product is highly recommended. 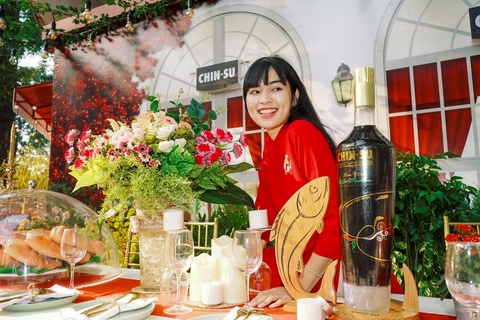 Spring Anchovy Fish Sauce can be a great Tet gift 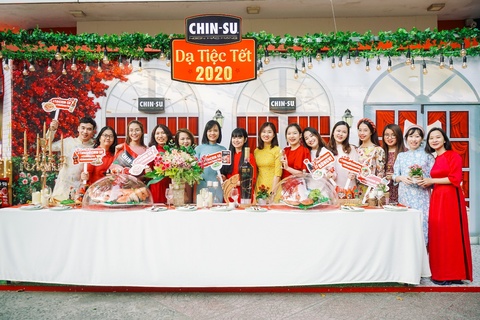 Visitors at the 2020 Spring Corner are delighted to see Vân and take a lot of photos with her in her colourful áo dài (traditional Vietnamese dress).

The CHIN-SU booth at the event attracted hundreds of visitors. Its three main spaces are Pho Corner, Outdoor Banquet and Street Food, all of which bring new experiences to visitors. 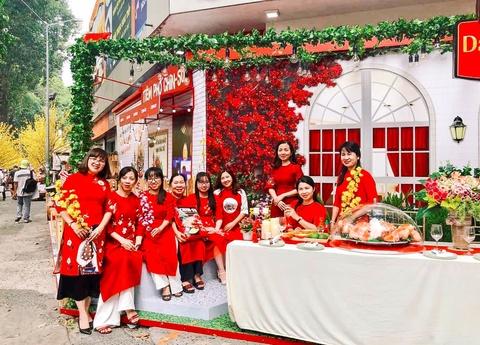 The 2020 Spring Corner is expected to offer a special Tet (Lunar New Year) experience to people in HCM City. 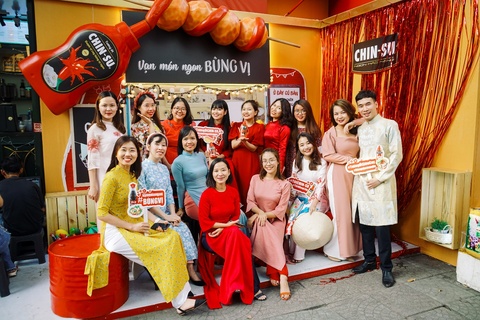 Van said visitors would not be disappointed. She said she wanted to quote a message featured in Mat Biec though slightly changed to suit the event’s culinary theme.

“There are two things in life that should not be missed: the last bus to go home for Tet and check-in at the CHIN-SU booth at the Spring Corner.”