You are here: Home / First Seoul Made store to open early next year 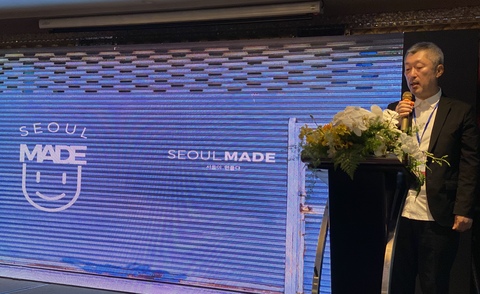 The first Seoul Made store selling cosmetic and lifestyle products made by small and medium-sized enterprises in the South Korean capital will open in Viet Nam at the beginning of next year, Young Seung-Chang, director of the Seoul Business Agency (SBA), said.

The first store, spread over 2,500sq.m, will come up at Vincom Mega Mall in Ha Noi.

The Seoul Business Agency (SBA) said Seoul Made is expected to become one of the hottest spaces in Ha Noi.

According to Young, there will be further works with local authorities to expand the network in Viet Nam by opening more stores in big cities, including HCM City.

Seoul Made is a new brand in Viet Nam, launched in HCM City during the 20019 Vietnam Expo from December 4 to 7 to develop trade and cultural relationships between Viet Nam and South Korea.

Young told bizhub.vn that the SBA has carefully studied demand for South Korea products among Vietnamese.

The study was done among Vietnamese living in South Korea, and the SBA would enable companies to bring their products to the Vietnamese market, he said.

SBA has signed an agreement with VTV Cab to expand its business in Viet Nam.

“Diversifying marketing channels has been done with the main aim of expanding foreign markets so that Seoul Made products will be widely used. Companies therefore will have more chances to expand their exports,” Young said.

More programmes to advertise the Seoul Made brand would be undertaken in Viet Nam, he added. — VNS