You are here: Home / Qualifier Đăng through to Vietnam Open second round 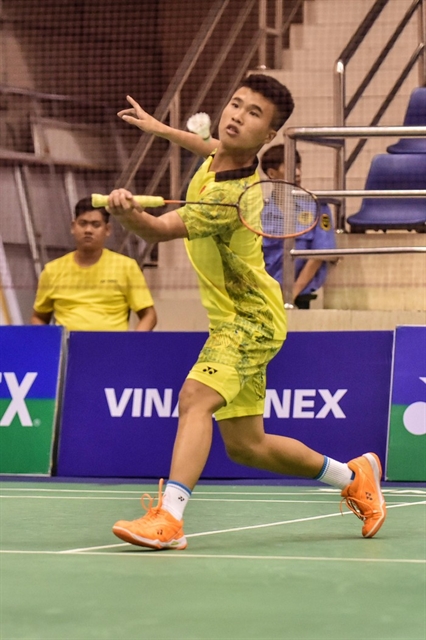 The 19-year-old Đăng defeated world No 75 Lucas Clearbout of France 21-19, 21-19 in the first round of the men’s singles event at Nguyễn Du Gymnasium.

It was his third win here as he earlier won two matches in the qualifiers for a slot in the main round.

Đăng, world No 361, will meet Hsueh Hsuan Yi of Chinese Taipei, also a qualifier, in the next round.

In other matches, Phạm Cao Cường of the hosts also advanced to the second round after beating Georges Julien Paul of Maurice 21-12, 21-16. His next rival is qualifier Jun Yan Ng of Malaysia.

Her teammate Nguyễn Thuỳ Linh however was eliminated by No 6 seed Kim Hyo Min of South Korea. VNS