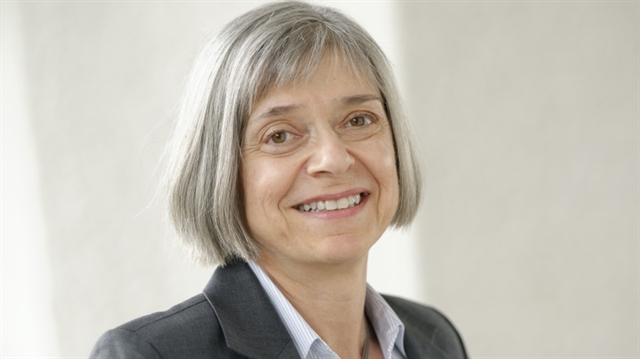 Deborah Greenfield, Deputy Director-General for Policy at the International Labour Organisation, spoke to Viet Nam News reporter Thu about the Vietnamese Government’s efforts to change its labour laws in line with requirements on labour rights in free trade agreements it has recently ratified, like the CPTPP and the EVFTA, the challenges ahead in the world of work.

has recently ratified the CPTPP and signed the EVFTA, and these two trade agreements include provisions on labour rights and require the country to  its labour laws.  ratified ILO Convention 98 and plans to ratify Convention 87 on the freedom of association by 2023. How do you  such efforts by the Government?

I want to congratulate  on ratifying convention 98 on the right to and collective bargaining  organising. This is really a landmark for in its ambitious efforts  itself into the global economy.

The principles in convention 98 and convention 87 are prerequisites for in many trade agreements including the CPTPP and EU- free trade agreement, so Viet Nam is making huge strides in integrating itself into the global trading system, moving up the value chain, and also creating the a level-playing field and inclusive development that its trading partners  to and want to see for Viet Nam.

The done a remarkable job in its efforts to revise the Labour . We know that there is more work to    a quite a sustainable path to achieving the results of true reform. Convention 105, for example, forced labour, or Convention 87 on freedom of association, will come in due time as you continue on the path of economic and social upgrading and inclusion. So we’re delighted to help  in any way we can in working to integrate the principles of our conventions into your Labour Code.

‘s not a matter of  a convention. The real challenge is to make sure that the commitments on paper  in practice. Is there a system of collective bargaining that works in practice? Is there a dispute resolution mechanism? How are wages set and are they set fairly? What is the nature of gender equality  in the country? We are working with the with social partners in to make sure you have all the tools necessary  the conventions.

economic global integration will require further development of human resources.  But like many other countries in the region,  has a serious mismatch between the education, skills and experience needed to find and keep a job and the current content of education and training. What recommendations or support can the ILO provide regarding this matter?

We know that skills development is such an important component of the future of work.

Every country faces skills mismatches no matter where it is, its economic development stage, so we need to think about skills development systems . What we need to think about is lifelong learning. Technology is moving and changing the world of work at such a rapid pace that it be enough to have skills for one job when you enter the labour market and use those skills through the rest of your life. People will need to be skilled and re-skilled throughout their lives.

So I like to think of this in three parts. One we need a skills anticipation system. What are the new skills that will be necessary? requires co-operation between enterprises and and workers’ organisations.﻿

As the parties come together to think about what are the industries that the country wants to invest in to move up the value chain, to move into that upper middle-income category by creating decent jobs.

Second, we need to design effective governance systems for skills. How do we deliver skills? When do  deliver them? And how will we allow workers to that their skills become  when is the moment for them to get training and  They need time off from their jobs. They need support and that requires strong social protection systems.

The third aspect of this is how we finance skill systems and how we share those responsibilities. A good skills development system is expensive.

We would say that governments and enterprises need to share those responsibilities according to national circumstances. Workers then have responsibilities – they need to take advantage of the opportunities that to them.

This is a comprehensive system that needs to  through tripartite social dialogue.

’s labour market   by technological progress. Many here  about the impact technology will have on the labour market, for example through automation. What is your opinion on this?

You know the first research on technology was alarming because it said almost half of the jobs we’re looking at  going to disappear. We think that’s not quite the case. Further research has  more likely that technology will change parts of jobs. Certain parts of jobs will disappear  of technology. But instead of having a pessimistic look at technology,  ILO is working with its member states, including , to look at this as a matter of policy choices.

We also need to broaden our view of technology, and not look at it as a job creator or job destroyer, but look at how technology can enhance the work that we do. How really improve what we call decent work? How can technology allow us to make sure people aren’t working too many hours? How can technology make sure that people  move their pensions from one job to another? How can technological developments help the safety and health conditions the workplace?

So we see this as a huge opportunity, which requires the right policy choices, anticipation and planning. But we are optimistic about technology because we have the capacity, we have the research, the evidence base, and we can have the political will to create the policies that make technology work for us.

This year, the ILO has added a new convention to its body of international labour standards. That is Convention 190 on the elimination of violence and harassment in work. Why is this convention unique, and what would be the steps if Việt Nam wanted  it?

This is a landmark convention for the ILO and for its 187 member states. We started working on this convention several years ago before the #metoo movement, before all the publicity about sexual harassment and violence in the world of work. So it’s we were ahead of our time with developing the convention. This is the first international standard that deals with violence and harassment against both men and women in the world of