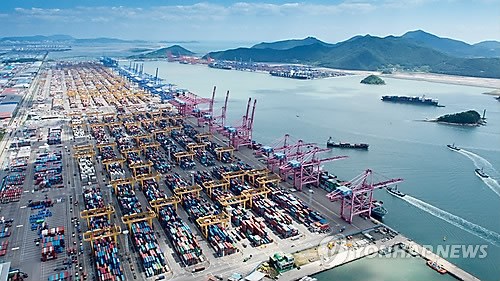 The country’s outbound shipments reached 29.7 billion USD in the March 1-20 period, Yonhap cited the data from the Korea Customs Service on March 21.

The country’s exports have been growing since November 2016.

On the other hand, ships and electronics saw their shipments decline 9.6 percent and 3.6 percent, respectively.

Exports to the European Union shot up 39.9 percent on-year, with numbers for the United States and China rising 13.5 percent and 11.5 percent over the cited period.

RoK's exports soar 9.3 percent in first days of March have 357 words, post on en.vietnamplus.vn at March 22, 2018. This is cached page on Talk Vietnam. If you want remove this page, please contact us.